Relying on the penalty kick made by the full-back again to break the deadlock, after changing the side, with the cooperation of the forward players to seal the victory, Real Madrid defeated Alaves and consolidated the lead in the standings.

Compared with the previous three 1-0 wins, Zidane has a lot of new recruiting ideas for this campaign. He adopted a new two-wing attack combination, turned passive rotation into an opportunity for tactical experimentation, and fine-tuned the positional attack mode. Seized the loopholes in the opponent's defense system and achieved good results. Since the semi-finals have maintained a full victory, Real Madrid's success is the amazing lineup thickness, they can come up with a good plan B in the absence of the main player.

Ramos and Carvajal are absent. They are replaced by Militan and Vazquez. What is more surprising is that Hazard missed the start for three consecutive games.

In the risky defeat of Getafe and Bilbao, Real Madrid's players are physically exhausted, and Hazard, who has been fully rested, should have become the "magic soldier" of this campaign. Perhaps considering that Alaves, who has lost five straight games, may have "angered" the game, Zidane eventually arranged for Hazard to avoid the limelight. 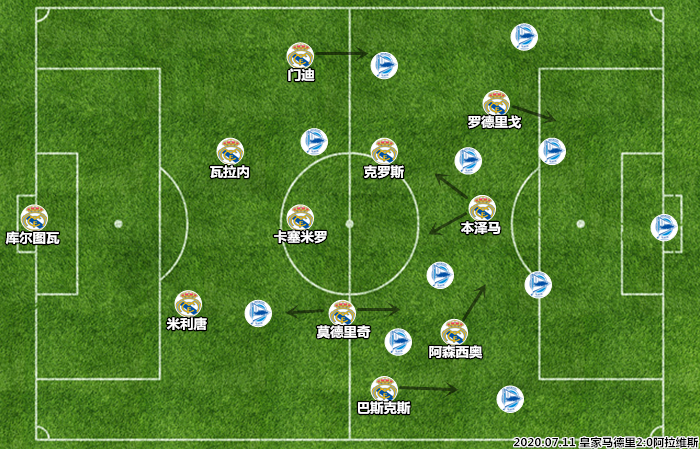 The blasting task on the left was completed by Mendy and Rodrigo. Ascencio and Vázquez, who used to hold the side in the 442 system, came to the same side for activities.

For the first time after joining Real Madrid, Rodrigo played the role of Hazard's stand-in, and his performance on the left has become the key to the trend of the game.

Real Madrid's most difficult game recently is against Getafe. Alaves is also a team with a 442 formation and a strong style of play. Although he did not venture to try the three-center formation, Zidane hopes to use the width of the field to deal with the 442 formation. Real Madrid's system still has traces of three-center.

In the backcourt stage, Cross will come between the double center guards to get the ball, and two full-backs with strong assist ability will enter the wing forward position. Alaves attacked Real Madrid's right gate, Zidane arranged Modric (delay) and Casemiro (reinforcement) to form double insurance on this side to delay the opponent's offensive. 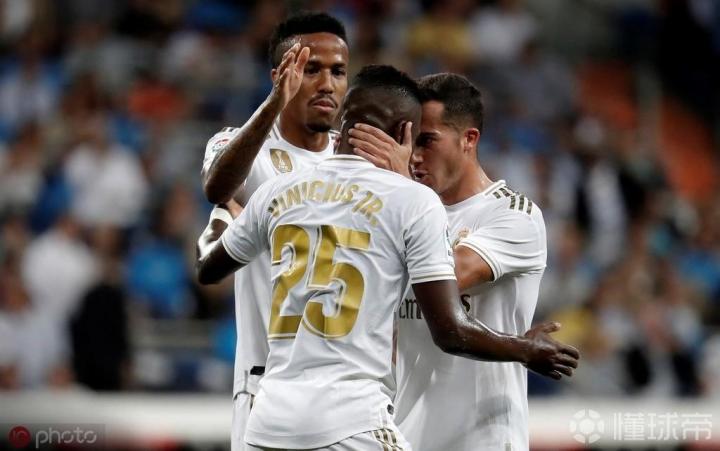 Vazquez and Carvajal have similar play styles. Real Madrid's offensive from the right often ends with a pass from outside, and the offensive on the left is more sharp.

Since the rematch, Rodrigo's performance on the court has become more and more aggressive. He dared to actively seek physical confrontation when holding the ball. He did not flinch after being knocked over by his opponent. He still dared to attack his ribs resolutely in the face of crowds. Rodrigo can suppress opponents like Hazard, and the players around him can get loose attacking space, and Mendy's penalty kicks come from this.

It is not easy to solve tactical problems in a dense schedule. Real Madrid wins because there are more people available, players are willing to accept reforms and have strong tactical execution.

Zidane's rotation is not blind trial and error. The team's main defense candidates are relatively fixed, and the midfield is a stable "four selection three" mode. The main change is the configuration of the striker. Actively seeking changes can achieve surprising results, and it will be more difficult for opponents to make targeted defensive deployments.

In the game against Getafe and Bilbao, no one was able to top the center position when Benzema retraced, and Real Madrid suffered from “no front”.

In this campaign, Ramos is absent. Casemiro must always pay attention to the danger of the right gate. Real Madrid does not have enough back force to support Benzema. Zidane asked Asensio and Rodrigo to bravely attack the penalty area. The two originally had shadow front attributes, and the full-back occupied the wing channel. They came to the center to help Benzema.

Despite failing to score a goal with the iconic wing pass, the white striker managed to suppress the opponent. Taking the lead early, Real Madrid players became more relaxed on the court. Alaves could only devote more energy to attacking, and the backcourt space was relatively large. Real Madrid killed the suspense of the game with a counterattack shortly after the start of the second half.

After leading by two goals, Zidane successively used up five substitutions and Hazard gained 10 minutes of play time. Since the rematch, Hazard, who has returned from injury, has not scored goals, only 2 assists, and voices questioning him have appeared in the media again.

After several injuries and a long offseason, Hazard is still slowly getting back to his peak state. In addition to its own reasons, the "extra-standard treatment" given by the opponent also affected Hazard's performance. 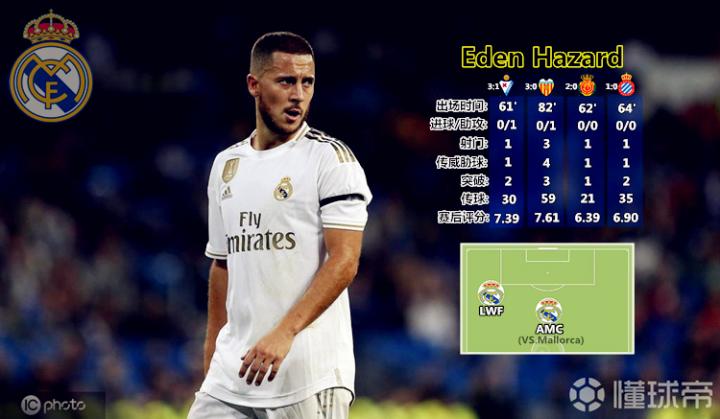 In La Liga this season, Hazard will encounter a foul every 23.09 minutes, which is second only to Rafinha (20.18 minutes/time) and Fekir (22.76 minutes/time). In the 84th minute, Hazard was kicked down by the Alaves defender when he took the ball 30 meters in the front court for the first time. In the stoppage time period, Hazard used the ball on the left side of the midfield to face the defender. Passing is also for the sake of insurance.

This season, Hazard missed nearly half of the games due to injury, which made亚搏手机版APP Zidane very passive. In order to avoid frequent kicks and injuries to Hazard, Zidane arranged for him to take turns on the one hand, while paying attention to giving him a certain degree of tilt and protection at the tactical level. 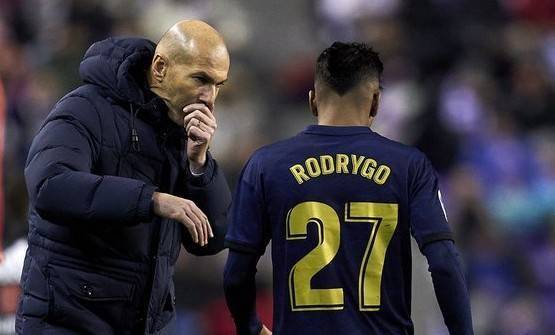 Just like when he coached Real Madrid for the first time, Zidane also explored tactical growth points by giving young players a small focus while changing and rotating. Casemiro and Asensio have made great progress in the course of the "three consecutive championships". The two young forwards from Brazil seem to be taking the torch of their predecessors.

Vinicius has scored two goals in the recent league. Rodrigo was finally able to kill his opponent like a winger. Zidane created two substitutes for Hazard to ensure tactical continuity.

Of course, Zidane's cultivating magic is not omnipotent, and Jovic, who has high hopes, has not been able to help Real Madrid.

Rodriguez was sent to the reserve team in the middle of the season. Not only did Jovic stay in the first team, he also got consecutive starting opportunities during the Western Super Cup win. If it weren't for the Serbs to self-destruct the Great Wall, perhaps the long-standing weakness of Real Madrid has been resolved.